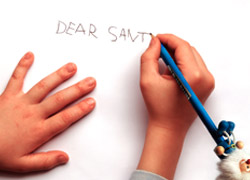 Will Xmas Mark The Spot?

French President Nicolas Sarkozy continued in his vanguard role as he stated on Monday that the legal basis for the new fiscal accord, created to enforce debt and deficit rules in the 17-nation euro area with quasi-automatic sanctions and intrusive powers to reject national budgets, would be finalised before Xmas.

In the next fortnight, we will put together the legal content of our agreement. The aim is to have a treaty by March. You have to understand this is the birth of a different Europe, the Europe of the euro zone, in which the watchwords will be the convergence of economies, budget rules and fiscal policy.

Sarkozy has also begun to prepare French voters and the markets for what appears to be the inevitable downgrading of the country’s AAA credit rating, however countering the inevitability Sarkozy is insisting that he can cut the deficit without cutting civil servants salaries and pensions.

Ratings
Moody’s Investors Service reported that it still it intends to follow through on its threat of last week to review the ratings of all 27 members of the European Union in the first quarter of 2012 given that EU leaders offered “few new measures” to resolve the crisis at their summit on Friday. Fitch Ratings mirrored this intention suggesting that the summit failed to provide a “comprehensive” solution to the crisis, therefore increasing the short-term pressure on euro zone sovereign ratings. Standard & Poor’s, which warned last week of a possible downgrade of 15 euro zone countries shortly after the summit, has yet to announce a decision or issue an ultimatum.

S&P’s chief European economist, Jean-Michel Six, told a conference in Tel Aviv: “Time is running out and action is needed on both sides of the equation, on the fiscal and monetary side.”

Traders reported that the ECB once again intervened in arguably clandestine ways to buy short-term Italian debt after yields on Italian and Spanish debt spiked on Monday. The European central bank revealed on Monday that it did in fact hold back on bond purchases in the week before the EU summit as it raised pressure on the bloc’s leaders to act. It bought just 635 million euros in bonds in the week ip to December 9th compared to 3.66 billion the previous week. However, now the impact of the summit has been nullified the ECB may revert back to its previous buying programme.

Market Overview
Italian 5-year bond yields once again shot up above 7 percent, which is the level generally regarded as the danger level, 10-year yields spiked above 6.8 percent whilst Spanish 10-year yields topped 6 percent.

The euro fell as stocks slid on both sides of the Atlantic as borrowing costs for Italy and Spain rose as investors and speculators weighed up the outcome of last week’s summit that split the European Union, with Britain isolating itself by vetoing treaty change therefore forcing euro zone countries to negotiate a fiscal accord outside the Union.

Friday’s initial market rally quickly petered out due to the legal uncertainty surrounding the new pact and the absence of an unlimited financial backstop for the single currency.