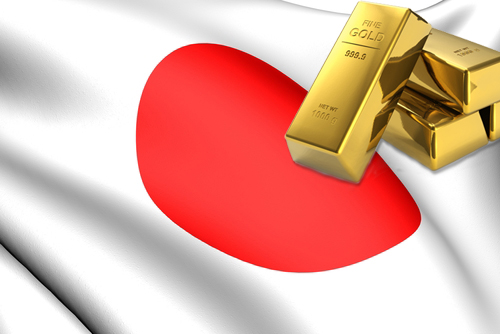 The Euro is on the decline and the USD, if its economists are not careful, will be approaching bullish territory. This means that Forex traders need to look elsewhere for safer trades and bigger returns. All indications point to gold as a commodity vis a vis the Asian market. More specifically to the Japanese Yen. This article will discuss several relevant forex news for the first few days of August 2012.

The price of gold went up as high as $7 an ounce. However it lost some of its glitter at the end of the trading day. The reason for this is the European Central Bank (ECB). Proponents would argue that the drop in the price of gold is in preparation for the positive movement of the EURO. Hence traders who want to get in on the action are staying put. Deponents on the other hand argue that the uncertainty in the EURO is affecting the price of this precious commodity. There are also rumors that the US will not be meeting its projections on US ADP Non-Farm Employment. Hence traders are looking for other avenues for profit.

The good news is that the US ADP Non-Farm Employment figures are out and it is not as good as projected but exceedingly better than indicated by recent news. This means that the USD has kept some of its strength. The bad news is the fact that the trouble brewing in the EURO has spilled over to gold. This coupled by the demand for USD resulted in a $20 tumble for gold.

The expectations are bleak. However if this decline is to be reversed then the EURO has to right itself via the ECB press conference. The bottom line is the EURO has to dampen the demand for the USD to bring back the glitter of gold.

After the midday the gold reversed some of its earlier losses by $11. However the ECB decided to bungle the press release and not provide any actual solutions to the financial losses of the EURO via Spain and Italy. Hence gold went back down to just below $1600. This is bad news for gold and good news for other commodities, the USD and the Asian market because traders are getting more and more hesitant to risk investments in the EURO.

A revisiting of US jobs data as earlier released dampened the mood for the USD. Now the EURO is still in trouble. Hence the market turned to gold and to Japan for profits. Of course there are still traders who cling to their positive reviews of the USD hence the same is still doing relatively well. However it is very important for traders to pay attention to USD and EURO related news that can turn on or off the risk aversion mechanism of traders.