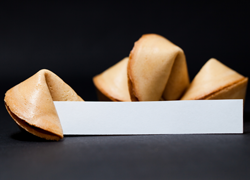 Chinese officials wade into the Congress impasse, warning US over debt ceiling as deadlock hits markets…

Many investors are aware that China is the largest holder of USA debt in the form of U.S. Treasuries, therefore when Chinese officials raise their concerns, with regards to the current impasse, investors, analysts and traders should sit up and take notice. As the biggest single holder of US debt, China would be at the front line to suffer if Treasury prices fell and would be hit hardest if the USA were to enter into a technical default on October 17th. Vice finance minister Zhu Guangyao told reporters in Beijing on Monday that America needs to take decisive steps in order to prevent hitting its debt limit in a fortnight’s time, October 17th.

In the Chinese government’s first public comments on the deadlock, Zhu urged Washington politicians to “learn their lessons from history”. A reminder that the US AAA credit rating was downgraded by S&P two years ago after the last debt ceiling standoff. Zhu said;

“The United States is totally clear about China’s concerns about the fiscal cliff. We ask that the United States earnestly takes steps to resolve in a timely way before October 17 the political [issues] around the debt ceiling and prevent a U.S. debt default to ensure safety of Chinese investments in the United States and the global economic recovery. This is the United States’ responsibility.”

What will be the damage to the USA economy if default occurs?

How much damage would be caused if American politicians don’t raise the debt ceiling before the October 17th deadline is a question that’s been doing the rounds around the investment and trading community over the past week. Goldman Sachs has now raised its prediction from last week to suggest that circa 4.2% GDP may be wiped off the USA economy should the impasse reach the position were the USA defaults on its obligations.

Goldman Sachs research notes revealed how the Treasury will hit its borrowing limit inside two weeks. After that point, the amount of money coming into the Treasury will equal circa 65% of spending going out, according to G.S. The US could play for time by prioritising certain payments over others, or delaying payments altogether. Inevitably officials would very soon be forced to implement measures that would hurt USA domestic growth badly, in a bid to avoid missing a debt repayment and triggering a downgrade to Selective Default status.

“If the debt limit is not raised before the Treasury depletes its cash balance, it could force the Treasury to rapidly eliminate the budget deficit to stay under the debt ceiling. We estimate that the fiscal pullback would amount to as much as 4.2% of GDP (annualized). The effect on quarterly growth rates (rather than levels) could be even greater. If this were allowed to occur, it could lead to a rapid downturn in economic activity if not reversed very quickly. A very short delay past the October deadline

—for instance, a few days—could delay the payment of some obligations already incurred and would create instability in the financial markets. This uncertainty alone could weigh on growth.

“But a long delay, for example, several weeks would likely result in a government shutdown much broader than the one that started October 1st. In the current shutdown, there is ample cash available to pay for government activities, but the administration has lost its authority to conduct “non-essential” discretionary programs which make up about 15% of the federal budget.

“By contrast, if the debt limit were not increased, after late October the administration would still have authority to make most of its scheduled payments, but would not have enough cash available to do so.”

High impact news results on Monday were confined to the European Sentix index, which fell to 6.1 from what now appears to be an over optimistic prediction of 10.2 from the economists polled by Bloomberg. Also Canada’s building permits were published which provided a shock result coming in at -21.2% down from the anticipated -2.4%. Some seasonal adjustment was to be expected and a significant reduction from the 21.4% positive the previous month, however, this number did shock the analyst community.

The DJIA finally closed down 0.90% having experienced a late sell off towards the close of the afternoon session. Naturally the sessions were dominated by the ebb and flow of the rumours and developments concerning the debt ceiling impasse. As the day unwound any optimism for a solution faded, as did the secular rally enjoyed mid afternoon in the New York session. The SPX followed suit, closing down 0.85% and the NASDAQ closed down 0.98%.

European equities recovered the lost ground experienced in the morning sessions but closed before the late sell off in the USA occurred, STOXX index closing down 0.18%, FTSE down 0.26%, CAC closing up 0.03%, DAX closing down 0.36%. Athens recovered remarkably by 2.49% as hedge fund giant John Paulson revealed that his funds are buying up what he perceives to be undervalued Greek bank stock and Greece government officials announcing that the Greek economy will enter into growth in 2014.

The dollar lost 0.7 percent to 96.77 yen late in the New York session and touched 96.73 yen, the weakest level seen since Aug. 12th. The Japanese currency added 0.6 percent to 131.39 per euro. The franc appreciated 0.4 percent to 90.32 centimes per dollar. The euro rose 0.1 percent to $1.3577. The dollar sank to its lowest level in eight weeks versus the yen amidst concerns that U.S. lawmakers will fail to reach an agreement to raise the federal debt ceiling and keep the nation from defaulting.

Sterling gained versus most of its major currency peers after a report showed optimism in the U.K.’s financial industry reached a 17 year high in the third quarter, underlining the strength of the British economy. Sterling rose 0.5 percent to $1.6092 after increasing as much as 0.6 percent, the most since Sept. 27th.

The dollar has fallen 2.7 percent during the past month, the worst performer amongst the 10 major developed-market currencies tracked by Bloomberg’s Correlation-Weighted Indices. The yen has declined 0.2 percent, whilst the franc has risen by 1.4 percent and the euro has gained 0.6 percent. The pound has advanced 0.5 percent.

The Swiss unemployment rate is revealed on Tuesday with the expectation of a rate of 3.2%, the Swiss inflation rate is expected to come in at 0.2% with retail sales predicted to rise by 2.7%. Later in the day the Swiss central bank president Thomas Jordan will hold court regarding the state of the Swiss economy based on the various data published during the day and the preceding week. Canada’s balance of payments is published, the expectation is for a minus $0.7bn reading.