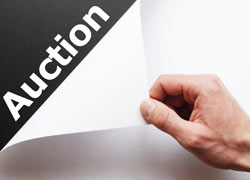 One of the major themes this year has been that loose and loosening G4 central bank policy has helped to remove tail risk, crushed volatility and supported risk assets and currencies. Slowly this theme appears to be shifting. The BoC has turned more hawkish, the BoE has shifted to a less dovish stance and the Fed appears to be on the cusp of the same with expectations for QE3 declining rapidly. This juxtaposed against the dovish BoJ and ECB poses an interesting dynamic and suggests a strong CAD, GBP and weak JPY and EUR.

However, even the ECB dynamic might be shifting as higher than expected CPI in Europe, should it continue, is likely to limit the ability of the ECB to cut interest rates. Accordingly, we expect that central bank policy will remain a major driver of currency in the near future ; but that the ranges we have been in are about to break.

Global equities were generally on the rise this morning thanks in part to reasonably successful Spanish bond auctions, but have lost momentum and shifted back into the red now.  Dow futures are pointing to a moderate gain at the market open.  Treasuries are mostly flat while the 10 year bund yield is about 3bps lower on the day.  Currency markets have a bias toward the USD with most major crosses lower against the greenback.  However investors will cautiously watch next week’s US Federal Reserve’s policy meeting on hopes of a positive outcome.

Spain successfully sold €2.5bn in bonds today. The auction was well bid in the sense that bid-to-cover ratios for both the 10/31/2014 and 1/31/2022 were on the high side (3.28 and  2.42 respectively). Yields ticked up by a small amount and the average yield at auction on the 2022 bond was 5.74%. The 2022 bond auction was reopening of a bond issued in November 2011, at the peak of last fall’s volatility; the yield at which it sold today was 98bps above its lifetime low (and 135bps above its lifetime high of 7.07%). The bond is currently trading essentially at the same price as its close yesterday.

France issued €2.520bn of the new OATei 18 inflation-linked bonds, which is in the middle of the €2 to €3 B bracket announced last week. The bid to cover ratio was 1.66 with total bid at €4.185 bn. Scotia’s European economics team thinks that this can be seen as a bit low compared to traditional French linker auctions in this part of the curve, however, the fact that France’s treasury was able to issue more than the minimum target could be seen as reassuring in the current environment. The average real yield was 0.54%, that is flat compared to the level seen at the closing yesterday.

Brazil’s central bank reduced its benchmark rate by 75bps overnight, in line with expectations. BDB Governor Tombini suggested that the rate cut cycle would probably stop right above the previous minimum (8.75%) and remain there for some time, so there is still the possibility of further easing.

The Monetary Board of the Bangko Sentral Ng Pilipinas held its benchmark interest rate at 4%, undertaking what it called a “prudent pause” in its rate cut cycle in order to better assess the inflation outlook for the Philippines economy.

Following the meeting, deputy governor Diwa Guinigundo said that while it’s too early to say that the bank is done with its rate hikes, the balance of risks with respect to the inflation outlook has clearly shifted so that higher inflation is more likely than lower inflation in the Philippines, in part due to fuel prices, but more so due to accelerating domestic economic growth and investment inflows. The Peso/USD cross is largely unchanged on the day.

The BoC doesn’t publish forecast details for the US which is unfortunate as we cannot judge the components behind its top-line growth assumption, but if such a degree of fiscal drag truly emerges (and it’s by no means at the high end of the debate) then there may be downside risks to the BoC’s US GDP forecast for 2013 and by corollary for Canadian growth through the export side of the picture.  The BoC is still assuming that gross exports will add 1.1 percentage points to the 2.4% GDP growth forecast in 2013 – or almost half of the growth picture.

In net terms, the BoC is assuming that import growth will knock 1% out of GDP growth next year through leakage effects, but make no mistake that the BoC remains relatively upbeat on how gross exports will add to headline GDP growth in 2013.