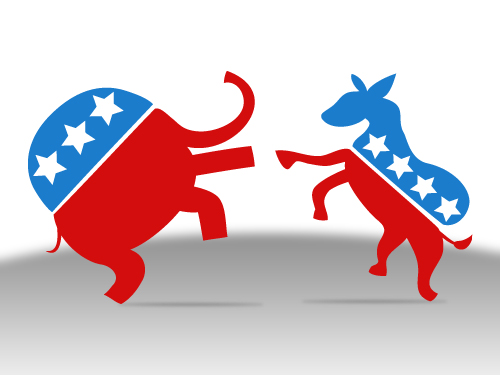 With the United States advancing in technology, the economy, and in foreign exchange, many critics find it weird not having a female Presidential Debate moderator in the past 20 years. With the final decision of having Candy Crowley play that role, many people say that it’s a little too late.

Candy Crowley’s supporters say that “it’s better late than not at all.” The State of the Union host is quite elated by this development. Announced by the Commission on Presidential Debates last Monday, CNN’s Candy Crowley was lined up with CBS’s Bob Schieffer and PBS’s Jim Lehrer who are debate veterans themselves. On the other hand, ABC’s Martha Raddatz was tasked to arbitrate the debate for vice presidential hopefuls.

It was said that three New Jersey teenagers actually demanded them to pick a woman moderator for this election’s Presidential Debate. Within the past two weeks, an online petition entitled It’s Time for a Female Moderator was circulated by three MontClair High School students. It is noteworthy to point out that Carole Simpson was the last woman to hold the responsibility way back in 1992.

With more than one hundred thousand signatures collected via Change.org, the petition was successful enough to catch attention. Upon confirmation of the news from the Debate Commission, the three updated their page by putting a celebratory message.

For the past few months, Team Obama claims to be pushing forth the same cause in line with their efforts to win over women voters within the past few months. Upon the announcement of Candy Crowley’s latest and most significant role yet, they have released a statement stating their happiness and optimism on this particular development.

With the moderator role being given to her, Candy Crowley could not contain her excitement and happiness because of the opportunity being given to her. With a statement that she released via her home network, CNN, she said that she is still in awe and at the same time truly thankful every single day for living in a nation that respects the press freedom and free speech, and highly regard free elections. She adds that she is truly wowed by the development saying that she was given the rare and highly distinguished role of being the moderator of this election’s Presidential debate.

The speculations first came out via Twitter and the uncertainty actually had the slightest effect on the foreign exchange market since this topic is still political by nature. Over the past months, the forex market in the United States has become highly volatile and unpredictable due to the election season. Many aspects of the elections are giving the United States economy a boost and a lag.

But Candy Crowley’s appointment as moderator is actually seen as a positive development no matter what angle you choose to view it, according to political analysts. She is seen as a hard-hitting opinion maker who is considered to be highly qualified and backed up by experience, prestige, and credibility. According to sources, this year’s presidential debate is something to watch out for.