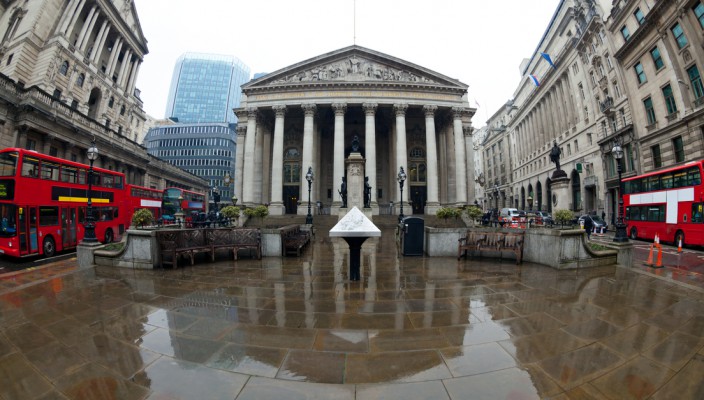 On Thursday all eyes were on the macroeconomic data coming from the UK, where the British industrial output hardly rose in March, just to confirm the gloomy 1st quarter for the UK’s economy. The data was released along with the construction industry figures and overseas trade, which did nothing to change the picture of the struggling economy. According to ONS (Office of National Statistics), the industrial output went up by 0.1% m/m in March, following the same pace like in February, and just below the consensus for growth of 0.2% expected by Reuters poll of economists. To this point, almost all economists surveyed by Reuters have the opinion that the weak run of data will discourage the BoE from raising rates this month.

The UK’s manufacturing output, the bright spot of last year due to the strong global economy fringed lower for the second month, dropping by 0.1% after a 0.2% fall in February. The expected fall was 0.2%. In addition, the Bank of England has kept the interest rates steady yesterday and wanted to be sure that the economy is picking up in the next few months before raising borrowing costs. The vote to keep the interest rates steady was in line with the forecasts, and as per Governor Carney, the judgment of the majority of the BoE committee is to wait and see for some evidence of momentum re-asserting.

From the US, further tightening of the labor market conditions are evident with the unemployment benefits holding near 48 year low and the unemployment rate dropping to near a seventeen and a half low in April. Initial unemployment claims figures came at 211k for the week ended May the 5th. The labor market is considered at this point to be near or at full employment, which may lead to a slowdown in job growth with employers having difficulties to find skilled workers.

More news came from the US, with the consumer prices rising less than expected in April as costs for automobiles and aircrafts declined, reducing the chances of inflation running significantly above the Fed’s target in the coming months, according to Bloomberg. The consumer price index rose by 0.2% after the March decline of 0.1%, as opposed to expected 0.3%. The figures caused the US dollar to fall after the report as it suggested inflation is not broadening in a way which would be seen as troublesome for the policy makers and the Fed is expected to raise interest rates in June, however the officials were not unanimous in March if 3 or 4 rate hikes in 2018 are to be expected.

Today the most important macroeconomic news is coming first from Canada with the employment change and unemployment rate, followed by the ECB President Draghi speech, while from the US, the investors will be looking at the University of Michigan consumer sentiment survey results for April in order to determine the financial confidence, as well as current and future economic conditions.

ECONOMIC CALENDAR EVENTS FOR MAY 11th

« Trump withdrawn the Iran deal, markets reacted little to the news As the US pulled out from the Iranian deal, Europe moves forward in safeguarding the commercial and political interests »