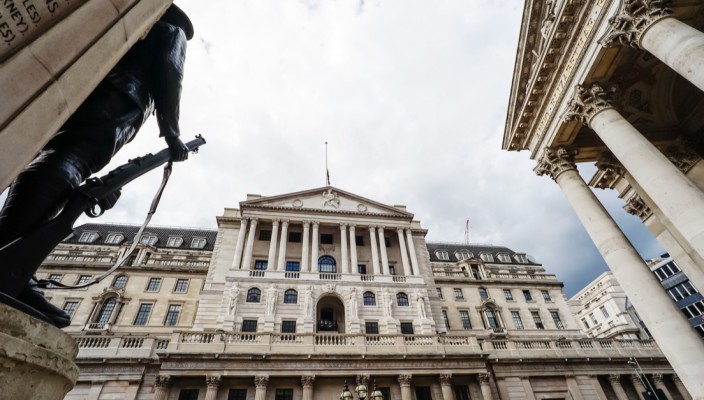 Yesterday all eyes were on the BoE decision regarding the interest rates and as it was widely expected, the rates were raised on Thursday. The decision came despite the raising concern over Brexit and the Bank of England has signaled that there additional hikes will come at a gradual pace. The Monetary Policy Committee of BoE had voted unanimously to raise the rates to 0.75%, which is the highest level seen since March 2009. The reasoning behind the rate increase was justified by the fact that the UK’s economy had managed to recover from the slowdown we have witnessed at the beginning of this year and has noted that the inflation is rising at a faster pace than the targeted rate, with the annual rate of inflation presently being at 2.4% that is to some extent higher that the 2% target.

However, Bank of England has warned that the upcoming Brexit may harm the economic recovery, influenced by the reaction of businesses, households and the financial markets to the process of exiting the European Union. As Reuters have reported, the investment strategist in Aberdeen Standard Investments had commented that the UK’s economy has done just about enough so that the BoE could justify its decision and he believes that the Bank of England would not follow with further rate hikes in the next few months given the risks on the horizon. Agreeing with his view, Bank of England Governor, Mark Carney does not see any future rate hikes in case of no-deal Brexit.

Another important news release came from the UK yesterday, where the construction sector rose to 55.8 in the previous month, from the expected 52.8, which is the fastest pace in over a year, clearly showing signs of expansion. As per HIS Markit associate director, Mr. Moore comments, the data we have received from the month of July show an impressive performance improvement in the construction sector, with signs that underlying demand conditions have improved this summer.

With regards to the US, somewhat disappointing data came concerning the unemployment claims, where the number had raised to 218k from last weeks’ 217k. The number was however still lower than the expected 220k, showing a continued strength in the labor market.
ECONOMIC CALENDAR EVENTS FOR AUGUST 3rd

« Trump has seen defending the trade and tariff policies, while the Chamber of Commerce warns on additional costs NFP missed the consensus in July, but the slowdown was not caused by trade tensions »