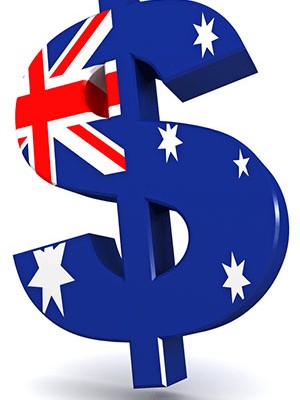 In the overnight session the Australian first quarter growth figures were produced and the publication disappointed analysts, albeit the prediction versus the actual published fact was marginal. The 0.6 per cent quarterly expansion, below analyst expectations of 0.7 per cent, caused speculation that the Reserve Bank of Australia will look to cut cut base interest rates again in August in order to stimulate further demand by cheapening Australia’s exports. 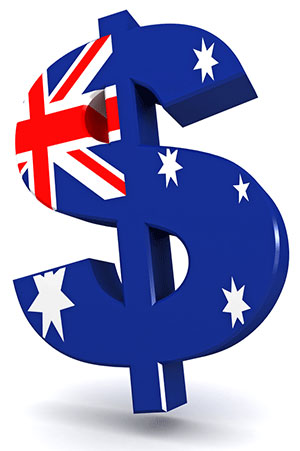 Although the Aus. economy still grew by 2.5 per cent compared to a year earlier, the constant narrative from market commentators and analysts is that Australia’s commodity boom, whereby they carve out h

uge chunks of their landscape and deliver it by ship tankers to China on a daily basis, is finally reaching an organic end.

This is debatable on two levels; firstly China continues to grow, despite the fears that their exponential growth figures “can’t be trusted” and secondly Australia’s geographical accident, placing it within ‘easy reach’ of China, would suggest that both parties couldn’t be happier with the arrangement, if the cost of raw materials remains affordable.

If we’re looking for an outlier as to why and when China may crash economically and consequently deliver a terminal blow to Australia’s current growth cycle, then we should look no further than their domestic housing market where, despite government curbs, last month price increases by over 3% were recorded. A fall in that domestic housing market, where China’s booming middle class are heavily invested, could signal a reverse in growth and deliver a never before experienced economic shock which would create a ripple effect globally, not just in Australia.

Australian shares dropped by 1.4%, hitting a four month low due to the disappointing GDP numbers. Consequently in a ‘risk on risk off’ correlation the Aussie (Australian dollar) fell versus its major peers and provided the key forex action during the session. At the time of writing, 9:00 am GMT (UK time), the Aussie is currently down 1.15% versus yen, 0.56% versus the Kiwi, 0.71% versus USD and 0.88% versus the British pound.

The Nikkei also turned negative overnight after Shinzo Abe’s latest reform announcement, the main Japanese market dropped by 1.3 per cent after the Japanese prime minister’s speech. In another copy book risk on risk off correlation yen rose versus its major peers as the main Nikkei index fell. Rising 0.46% versus the Loonie (Canadian dollar), 0.42% versus Euro and 0.26% versus GBP.

Prime Minister Shinzo Abe has pledged to boost incomes by 3 percent annually, deliver tax cuts and reduce red tape in special economic zones. A domestic income boost is vital to the success of Abe’s policies which are aimed at ending the years of sticky deflation and the two decades (or more) of economic failure.

The PMI numbers (published by Markit Economics) for Germany disappointed those holding long positions in the Euro versus the U.S dollar. Despite touching R1 early in the morning session, in anticipation of a raft of good economic news from Europe and in particular the Eurozone, shortly after the publication of the PMI numbers from leading European states, the Euro retreated to become ‘glued’ to the daily pivot point.

Germany was not alone in escaping Markit’s forensic attention, Italy’s PMI has shown the steepest decrease in 2013, new work orders being a glaring issue, whilst France suffered a continued fall in its service sector activity. However, overall the Eurozone PMI downturn eased in May to the slowest figure experienced for three months.

Moving on from the impact of overnight news all eyes are now on the afternoon session where there are two key economic publications which could impact on the USA markets and in turn impact the value of the dollar.

The ADP jobs numbers will be produced, current predictions from a pool of Bloomberg economists, suggests a rise of 119K in job numbers versus last month. Despite revising their methodology the recent ADP numbers appear no more accurate than before. The long held criticism was not in ADP’s accuracy, but moreover their tendency to revise downwards their previous data month after month. It’ll therefore be interesting to ascertain if that same criticism can be leveled at today’s numbers. Naturally the ADP numbers tend to give traders a gentle wake up call that NFP numbers are around the corner. The NFP prediction, of numbers published courtesy of the USA BLS department, suggest that the unemployment rate will remain at 7.2% whilst the USA will add circa 165K jobs.

The other key economic indicator to be published today, which registers as high impact for the USA market, is the ISM number. Similar to many indicators a number above 50 indicates expansion and the prediction is for the number to remain steady at 53.1

« The Rain In Spain Falls Mainly..Or Has It Stopped Falling? Morning Roll Call, Between The Lines »