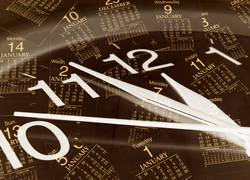 As Greece Enters The Final Countdown, Analysts Question How Much Further This Bullish Rally Can Extend?

Feb 6 • Between the lines • 1948 Views • Comments Off on As Greece Enters The Final Countdown, Analysts Question How Much Further This Bullish Rally Can Extend?

Focus may have switch back to Europe’s banking and debt crisis this week affecting the optimism many investors have experienced and created with regards to the global economic prospects that followed a remarkable (and some commentators suggest a highly suspicious) U.S. January employment report.

Global investors could be in for a reversion, technical or fundamental, from a post-jobs report surge in stocks that pushed the Nasdaq to 11-year highs. Attention will switch back to a potential Greek default and the direct consequences of chances of contagion beyond Europe. Many analysts and market commentators have deep concerns that the austerity policies aimed at fiscal prudence have gone too far and will kill economic growth leading to an inevitable cycle of economic stagnation and increased indebtedness.

If we determine that it’s all going wrong in Greece, then there won’t be a new program — and that means in March you’ll have a declaration of bankruptcy.

Greek Prime Minister Lucas Papademos has apparently secured an outline agreement from the three political party leaders supporting his interim government on measures demanded by international creditors to release a 130 billion euro financial rescue package. According to reports the four men have agreed to additional budget cuts this year equal to 1.5 percent of gross domestic product, according to an e-mailed statement today from the premier’s office in Athens. The four also agreed on a framework for bank recapitalization.

Greece faces a 14.5 billion-euro bond payment on March 20 and general elections as soon as April, Papademos has to bow down to international demands for greater austerity to complete the talks in order to secure the second aid package in time. EU and IMF officials want guarantees from Greek political leaders that they’ll stick to any extra austerity measures after the general elections.

The debt swap and bailout was designed to bring Greece’s debt down to 120 percent of GDP by 2020, EU sources believe that euro zone governments may have to contribute an extra 15 billion euros above the agreed 130 billion in order to peg that 120 percent ceiling.

Wage Cuts And Pension Reductions Are At The Heart Of The Disagreements
Bondholders and creditors remain steadfast that reduction of the minimum wages are key to boosting competitiveness, the government has called the measures “a red line” across which it cannot go. Other demands include a 35% drop in supplementary pensions and the axing of 150,000 public sector jobs in organisations due to be closed down.

Greek officials argue that such swingeing cutbacks will be self-defeating; deepening a recession that has brought the economy to its knees. Party leaders, trade unions and employers’ associations predict further social upheaval and unrest if the measures are applied.

Greece Strike Set For Tuesday
Within Greece, pressure is building to oppose these further cuts which many economists say will drive the country into a downward spiral of recession and rising debt. Greece’s two major labor unions plan a 24-hour strike on Tuesday in protest at the demands made of it.

“Despite our sacrifices and despite admitting that the policy mix is wrong, they still ask for more austerity,” Ilias Iliopoulos, secretary general of public sector union ADEDY, told Reuters on Sunday.

ADEDY and its private sector sister union GSEE represent approx. 2 million workers, roughly half the country’s workforce. They have staged repeated strikes since the country first resorted to bailouts from foreign lenders in 2010. A GSEE official said the two unions would on Monday finalise plans to strike.

In a sign of how politically sensitive any further aid to Greece will be, a poll in German newspaper Bild am Sonntag showed a majority of Germans feel the single currency bloc would be better off if Greece defaulted in an orderly fashion and left the Eurozone.

Forex Spot-Lite
Canada’s dollar gained 2.5 percent over the past three months versus the nine developed-nation counterparts monitored by Bloomberg Correlation-Weighted Currency Indexes. The U.S. dollar rose 1 percent, while the euro fell 4.4 percent. The New Zealand and Australian dollars were the top performers, climbing 6.7 percent and 4.9 percent, the correlation with commodities being strong as it is with the Canadian dollar.

The euro fell versus the yen last week, dropping from its recent one-month high. Greek questions failed to evaporate whilst signs emerged that the global economy is improving and that the European Central Bank lending initiative in late 2001 managed to stave off a financial crisis. The yield on Germany’s benchmark 10-year bond rose 8 basis points to 1.93 percent last week, while the yield on Greek 10-year bonds fell 18 basis points to 34.19 percent.

Canada’s dollar advanced for a fourth week versus its U.S. counterpart, the longest period of wins since October, stronger economic data from the USA nation’s biggest trade partner fuelled appetite for riskier assets.

The currency reached the strongest level in more than three months on Friday as the U.S. jobless rate fell to its lowest since 2009 and equities climbed. Stronger manufacturing data from China, Europe and America stoked demand for higher-yielding assets.

The Canadian currency, nicknamed the loonie for the image of the aquatic bird on the C$1 coin, appreciated 0.9 percent to 99.34 cents per U.S. dollar on Friday, from C$1.0018 on Jan. 27. It was the longest winning streak since the four weeks ended Oct. 28. The loonie touched 99.28 cents the previous day, the most since Oct. 31.