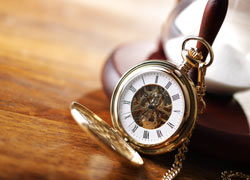 Bondholders are apparently at the limits of what losses they could accept in a Greek debt swap. Athens needs a deal on the plan, meant to cut 100 billion euros from its debt of over 350 billion, in order to stem a potential default with the major debt redemption looming in March. Greece and its private creditors are edging towards an agreement that would see bondholders accepting a loss of up to 70 percent.

Athens and its creditors had supposedly agreed that under PSI deal new bonds would feature 30-year maturity and a progressive interest rate averaging out at 4 percent.

The overall plan must win approval from the IMF, Germany and other euro zone countries, who insist the deal must put Greece’s debt back onto a sustainable track. The IMF insists any deal must cut Greece’s debt to 120 percent of GDP by 2020 from 160 percent currently, as agreed at the EU summit in October. It’s warned that more efforts must be made by private bondholders and EU states to compensate for the fact that Athens’ economic prospects have deteriorated since.

One banking source said the IMF wanted the new bonds’ coupon to be lower than the average 4 percent discussed by Athens and its banks. If there is no agreement, there will most likely be default. This could put Greece’s membership of the euro zone at risk, this could also affect the euro and undermine confidence in other sovereign papers in Europe.

G20 officials estimate that Europe doubles the size of its rescue fund to $1 trillion to stabilise financial markets and prevent the euro-zone crisis from spreading. Europe finance ministers meet on their debt plan on Tuesday.

The World Bank sees collateral damage in place as European banks pull back their lending to emerging economies. It slashed its growth forecast more than one percentage point to 2.5 percent for 2012, a pace not seen since 2008 when the world was last in a global recession.

The United States has shown encouraging signs in recent weeks, the economy is too feeble for any upturn to be sustained. Europe already appears to have fallen back into recession.

The concern is that the destruction of skills and capital investment caused by recession and slow growth rates will lead to a structurally lower rate of growth and higher rate of unemployment for a protracted period. If left unchecked, it would make it even harder to handle huge government debt loads, making the growth outlook even less stable.

Fed action is months away. Fourth quarter GDP data for the United States due out on Friday is expected to show the fastest growth in 18 months, at 3.1 percent up from 1.8 percent in the prior quarter, analysts doubt that the quickened pace can last.

The bulk of the Q4 gain is expected to come from a rebuilding of inventories and unless final demand for goods and services also has accelerated notably when; wage growth is declining, consumer debt levels are high and export demand weakened, the improvement will prove short lived.

The United Kingdom could be sliding into recession. It releases its Q4 GDP data on Thursday, it’s expected to show the economy shrank by 0.1 percent after growing 0.6 percent in Q3.

In the euro zone the manufacturing index is forecast to contract for the sixth month in a row although at a slower pace of 47.3 in January, compared with 46.9 in December. The services index is seen remaining just below the 50 mark, separating growth from shrinkage.

When world and corporate leaders gather in Davos, Switzerland, for the World Economic Forum on Wednesday through to Sunday, they’ll face the most challenging economic conditions the world has seen since the 2008/2009 recession.

A survey that measures the sentiment of consumers across the EMU. The survey contains queries regarding personal finance, employment, savings and general expectations about the economy. The figure is derived from the difference between positive and answers. A positive figure therefore indicates positive consumer confidence and vice versa.

A survey of analysts by Bloomberg predicted a figure of -21.1 in the previous release.

« Which Predictions Are More Likely To Come True In 2012, The Maya Or The IMF? Is The Greek Debt Swap Deal Really On A Knife Edge? »