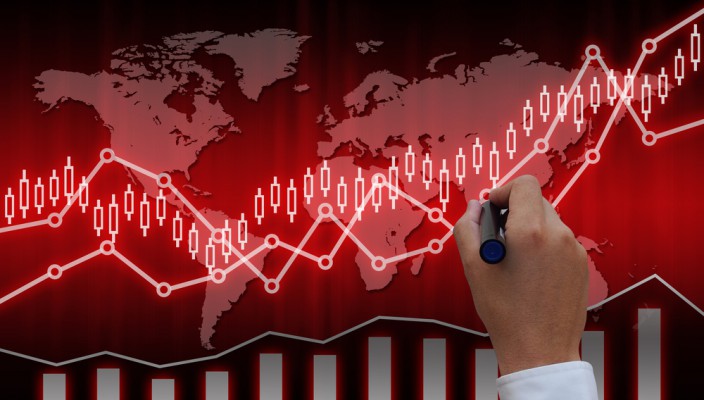 Feb 27 • Between the lines • 13519 Views • Comments Off on A Candlestick refresher Course, looking for price action

OK, so most of us forex traders know what candlesticks are and what they’re supposed to represent on our charts. We’ll avoid the history lesson, by delivering this quick synopsis and reminder of the basic candlestick body and shadow meaning.

Candlestick charts are thought to have been developed in the 18th century by Munehisa Homma, a Japanese rice trader of financial instruments. They were then introduced to the trading world by Steve Nison through his (now quite famous) book, Japanese Candlestick Charting Techniques.

More modern candlestick representation on our charts replaces the black or white of the candlestick body with colours such as red (lower closing) and green (higher closing).

Many experienced analysts are fond of suggesting that we “keep it simple”, perhaps “trade off fairly naked charts”, that we “trade less, make more”. However, we all require a mechanism by which to read price, even if it’s the most basic line chart. On that subject some of us have seen traders use three lines and enjoy relative success; a line on the chart representing price, a slow moving moving average and a faster moving average, all plotted on a daily chart. When the moving averages cross, you close existing trade and reverse direction.

In this brief article it’s our intention to give readers a heads up regarding the most prominent patterns that could indicate change in the market. By no means is this a definitive list, for that you’ll need to do your own research. For the purpose of this article all candlesticks should be regarded as daily candlesticks. Let’s start with the Doji.

Doji: Dojis are created when anforex pair’s open and close are virtually identical. The length of the upper and lower shadows can vary, and the resulting candlestick can take on the appearance of a cross, inverted cross, or a plus sign. Dojis indicate indecision, in effect a battle between buyers and sellers is taking place. Prices move above and below the opening level during the period represented by the candle, but close at (or near to) the opening level.

Dragonfly Doji: A version of a Doji when the open and close price of the forex pair are at the high of the day. Like other Doji days, this one is associated with market turning points.

Hammer: Hammer candlesticks are created if an FX pair moves significantly lower after the open, to then close significantly above the intraday low. The resulting candlestick takes on the image of a square lollipop with a long stick. Formed during a decline it is named a Hammer.

Hanging Man: The Hanging Man is created if an FX pair a moves sharply lower after the open, then rallies to close above the intraday low. The candlestick takes on the appearance of a square lollipop with a long stick. Formed during an advance it is named a Hanging Man.

Three White Soldiers: An historically strong three day bullish reversal pattern which comprises three consecutive long white bodies. Each candle opens within the range of the previous body, the close should be near the high of the day.

Upside Gap Two Crows: An historically strong three day bearish pattern which generally happens in uptrends. The first day we observe a long white body, followed by a gapped open with the small black body remaining gapped above the first day. Day three we observe a black day the body is larger than the second day and engulfs it. The last day’s close is still above the first long white day.