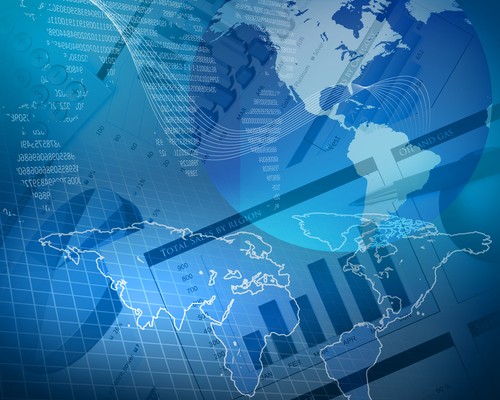 Moody’s has just lowered the European Union’s credit rating from stable to negative citing the region’s exposure to the European Debt Crisis as possibly putting a strain on the member states with AAA ratings. It explained that the downgrade is more reflective of the negative ratings it has for the main contributors to the EU Fund namely Germany, UK, France, and the Netherlands. The market however is shrugging off the news for the meantime seemingly setting its sights on the ECB policy meeting on Thursday this week.

With the exchange rate currently at 1.2560 against the US Dollar, the Euro apparently is holding its ground hardly budging from the intermediate high it achieved last week. In all likelihood, the market may be anticipating more concrete actions from ECB in the days ahead. Seemingly hanging by a thread, the Euro is banking hard on ECB President Draghi’s promise to do all he can to maintain the status of the EU.

Technically however, the chart argues for more downside bias unless the price clears the 1.2590 level but for as long as it hovers below that, the potential for downward slide is growing stronger. The critical support chartists are looking at is the 1.2418 exchange rate level.

Again, this is another classic case of the market knowing something we don’t. While all the dismal economic data plus the developing rift among members on how to do the bond purchases to bail out its troubled members argue for the downside for the Euro, the beleaguered currency managed to hover just below the resistance line of an intermediate upward channel.

With traders divided on the Euro, the trend is considered neutral to bearish with possibly positive announcements from ECB on Thursday possibly becoming a game changer for the Euro. In the meantime most retail traders have been sidelined awaiting Thursday’s flurry of announcements.

In the meantime, the US Dollar has been dampened by the prospects of a QE3 being put in place in the face of the continued decline in the jobs market. The FOMC is slated to meet on September 13 and as the scenario of more quantitative easing starts to hold grip on many traders, the outlook for the US Dollar can turn gloomy which may give the Euro the much needed respite or even serve to start a short term rally.

The next two weeks will definitely be tumultuous as traders will try to digest a flurry of data and monetary policy announcements and not to forget the German Court’s ruling on the legality of the use of German Taxpayers’ money to bail out beleaguered members of the EU.

While many may consider shorting the Euro when the exchange rate swings upward, care must be taken as the US Dollar is also under siege by another round of quantitative easing. Traders must consider the narrow gap in between the ECB announcements on Thursday, the FOMC meeting on September 13 and the German Court ruling on September 12.  For the more cautious trader, it may be best to let the smoke die down first and size up the situation better after all the data are in. For the more daring, they can always place their bets wherever they want to as long as they keep their stops tight.